Cyndi Garza is a leader, owner of multiple businesses, speaker, trainer, and executive coach. Cyndi’s coaching career began when she joined a national mortgage firm to build a sales team in Michigan, which at the time was non-existent. She strategically recruited and trained a sales force of over 130 people, which — through her coaching — became the highest grossing team nationally for seven straight years by averaging just under a billion dollars in sales each fiscal year.

Since 2001, Cyndi has held leadership positions where she has had the opportunity to identify strengths within her team, and develop those strengths to push people to grow and achieve more than they had imagined possible for themselves.

Cyndi is the founder of Optimized Success — a coaching and training company with a focus on helping people find success in business ownership and leadership. Her personal motto is “You are entirely up to you”, and with his motto at the forefront of her coaching approach, Cyndi has helped countless clients to rapidly grow in their business and mindset. In fact, while utilizing her own 12-step coaching model, Optimized Success became profitable within the first 30 days of its founding and continues to experience significant monthly growth.

Finally, Cyndi’s dedication to the mortgage industry and helping her community find immense success inspired her spearhead Loan Officer Magazine — the ultimate resource for mortgage professionals. She looks forward to using her expertise and experience to help others in the mortgage industry grow and achieve their personal visions for success. 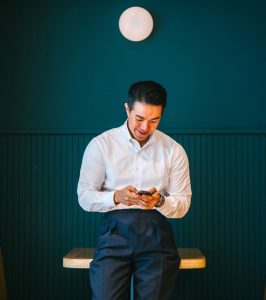